Perhaps if just one of these Liberal cabinet ministers had sent one of their many tax-payer funded staffpersons out to talk to protesters, the Emergencies Act would not have been necessary. Photo: pm.gc.ca

Nagging doubts hover at the back of my mind as I we roll into the final week of the Public Order Emergency Commission (POEC).

The Commission is mandated by the Emergencies Act in order to review the decision of the Justin Trudeau government to invoke the Act in response to the Trucker’s Convoy in February, 2022.

Generally, I’ve found the Commission interesting and informative; I highly recommend that any young person hoping for a career in public administration or law enforcement watch every minute of the hearings. Kudos to the organizers who have provided an almost flawless technical experience for viewers, with daily live-streams and overnight video postings and transcripts available to every interested party.

Why was this titled the “Public Order Emergency Commission” and not the “Emergencies Act Invocation Commission”?

To begin with, why was this event titled the “Public Order Emergency Commission”? Shouldn’t it have been titled the “Emergencies Act Invocation Commission”? The title seems to pre-suppose the conclusion.

After all, the Commission exists to determine whether or not Cabinet was justified in invoking the Emergencies Act. Reading the title, and listening to the hours of testimony, viewers could take away the idea that it is the protesters who need to justify their behaviour, not the government.

I can’t be the only Canadian who wonders if at the end of all of this, we are simply going to be told it was the Truckers who created the emergency, not any of the 157 Liberal government members who could not find time to speak to them or listen to their concerns.

Not any of the Public Health Officials who tossed Canada’s existing Pandemic Preparedness Plan out the window in order to implement unproven measures like social distancing and untested vaccines.

Not one of 39 Cabinet members – let’s assume they each have 10 staff – that’s 429 pay-cheque earning Liberal Ministers and staffers who could have made time to step outside of Parliament and listened to the Truckers’ concerns. No one ever did.

Couldn’t the whole Convoy, the blockade, the “occupation” of downtown Ottawa have been headed off at the pass by TALKING to Convoy organizers? Heck, Trudeau missed Remembrance Day so he could fly around the world just to TALK to a bunch of other politicians. He couldn’t step outside of Langevin Block to talk to Canadian Truckers, or send a staffer? It would have been a lot cheaper than action by three police forces and this Commission.

Hopefully, the Commission will take government refusal to do its job by talking to Canadian taxpayers into consideration as the first order of business.

Collapsing at work is not “evidence”?

As the POEC progressed, one alarming event occurred which made me question whether this Commission is sincere it its efforts to assess this situation. That event was POEC’s deletion of the footage of the collapse of lawyer Gabriel Poliquin on November 9th.

The Commission decided Poliquin’s collapse was not “evidence.”

I’m sure everyone involved is very concerned for Poliquin’s well-being and wants to see him healthy and back at work as quickly as possible. That’s not the point.

The point is that his collapse is eerily similar to hundreds of recent video clips showing athletes collapsing on sports fields, performers keeling over onstage, and news presenters collapsing live on air.  Apparently, all of these people, many of whom tragically died, had recently received a COVID shot. Comedian Heather McDonald’s infamous collapse came after she spent time bragging about the number of shots she had received.

Truckers who drive massive rigs at high speed on busy highways are very interested in the idea that some people black out, collapse or even die after receiving a COVID shot. In fact, their right not to be forced to take a shot that might make them black out, collapse or die at the wheel was a fundamental motivation for their trip to Ottawa.

And yet, the POEC decided, unilaterally, and presumptuously, that Poliquin’s collapse was not “evidence.” Truckers may beg to differ – but is there any point to differing? POEC spokesperson Michael Tansey states firmly that “No evidence was deleted…there will be no further comment on this matter.”

Maybe Paul Rouleau and the Public Order Emergencies Commission aren’t listening; but don’t they even want to appear to be listening?

Canadians were locked-down and terrorized for two long years

Third, is the fact that the POEC listens to witnesses detailing the lists of things the Convoy prevented them from doing without ever mentioning that Canadians were deprived of all those things and more for two years of irrational COVID mandates.

The Convoy prevented some businesses from opening? So did the government mandates organizers were protesting.

The Truckers made some residents feel fearful? So did the two-year long, military-grade propaganda campaign government used to terrorize citizens into obeying mandates.

The Convoy prevented Ottawa residents from moving around freely in their city? So did COVID mandates which closed schools, churches, parks and trails.

Does anyone remember any of that? The actual reasons the Truckers drove to Ottawa in the first place? It seems the only new element was the horn-honking, which hardly qualifies as a Public Emergency.

A blinding flash of the obvious: protests are supposed to get attention

Finally, as the week of November 14th drew to a close, we were subjected to hour after endless hour of government bureaucrats detailing how much trade was affected by the blockades at border crossings.

At times the testimony from Global Affairs and Finance officials became surreal, as witnesses launched into inane details of precisely what equations and assumptions are used to determine the amounts of trade lost.

Here, we can provide bean-counting bureaucrats with a blinding flash of the obvious: THAT’S WHY THE TRUCKERS BLOCKED THE BORDERS.

Because neither Justin Trudeau or any of his staff, Chrystia Freeland or any of her staff, or any of the other 39 Liberal Cabinet ministers and their staff, or the other 118 Liberal Members of Parliament who pick up a taxpayer-funded paycheque every week of their lives, could be bothered to talk to the Truckers and hear their valid concerns (such as, blacking out at the wheel of a moving truck).

Protests are meant to get results and attention, of course. That’s why teachers and CUPE workers shut down schools and inconvenience parents, instead of politely picketing Board of Education facilities on the weekend when they are closed.

So essentially, Canadian taxpayers paid expensive bureaucrats and lawyers to spend interminable hours confirming the Trucker’s excellent judgement in organizing an effective protest event. At least, it will save them time in planning for the next one. 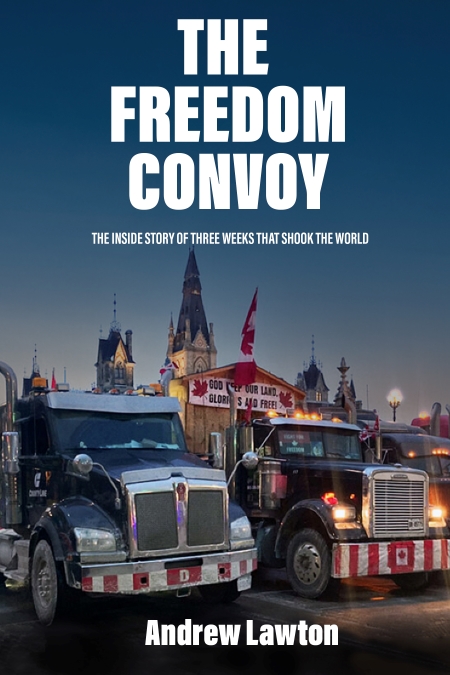 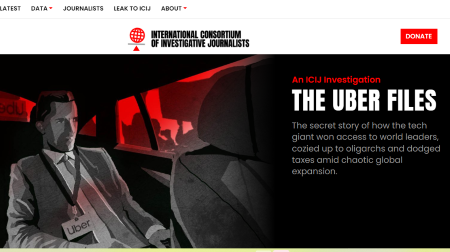 The Uber Files: what do they mean? Do they mean anything at all?

Serious business at the US-Canada border