This article was updated on January 9th with the mention of the College of Psychology and Dr. Jordon Peterson.

It was dirty job, but somebody had to do it.

The reason Truckers needed to take to the streets of Ottawa one year ago to protest Canada’s vaccine mandates was mainly because the groups who actually get paid to oppose government bailed completely on their jobs.

Here is a list of well-established, well-organized, well-spoken, well-funded professional groups whose purpose on this planet is to speak truth to power. Remember, had any of these groups done the job they get paid to do (mostly by taxpayers) there would have been no need for the Truckers to spend their own money driving across the nation to protest in Ottawa.

Opposition politicians, who get paid specifically to oppose government

Where was the Official Opposition when we needed them to hold Justin Trudeau’s feet to the fire over nonsensical, unscientific COVID mandates? Jagmeet Singh basically joined the Liberal Party. Erin O’Toole’s feeble, lacklustre performance was so pathetic, Conservative Party members booted him out of office.

The indisputable fact remains: had there been proper professional criticism from the highly-paid members of Her Majesty’s Loyal Opposition in Parliament, volunteer Truckers wouldn’t have needed to provide it in the streets.

Where were all the highly paid public officials who disagreed with Trudeau and vaccine mandates? Surely there were many. When Canada created its Pandemic Preparedness Plan after SARS, every provincial Chief Public Health Officer (CPOH) signed off on it. It contained no suggestion of locking down healthy people; universal masking; mandatory vaccines or vaccine passports. Where were all the Public Health officials who developed that plan? Why didn’t they protest when Canada rammed a whole new set of untried, untested coercive measure down the throats of citizens?

(Does anyone remember when the Deputy Minister at StatsCanada resigned because he disagreed so vehemently with government decisions? Has personal integrity become a quaint, old-fashioned thing of the past for senior officials?)

God bless Ontario’s retired CPOH Dr. Richard Schabas, who says he looks on “in horror” with the things public health has done in the past three years.

Beyond public health officials, where were all of Canada’s Privacy Commissioners during the entire debate around vaccine passports and digital identification programs? Quick quiz: name Ontario’s current Privacy Commissioner. Probably you can’t, because Patricia Kosseim never uttered a peep when the province announced residents were to be tracked at restaurants and gyms.

Former Privacy Commissioner Anne Cavoukian, however, was so appalled at the concept of vaccine passports, she gave several media interviews saying so. “I can’t believe so many people are buying in to this,” said Cavoukian, whose key message remains “without privacy there can be no liberty.”

When history is written, the abject failure of Canada’s labour unions to protect dues-paying members in the face of mandatory vaccinations will be the thickest chapter.

“During the course of ‘the COVID pandemic,’ Labour Unions proved themselves to be government shills and corporate lackies,” organizer David Anderson wrote in an article headlined “Union that did nothing to protect workers now calls them scabs.”

He notes that the union bosses know they have “the best jobs they are ever going to have.” Rather than protecting members, they have become simply another layer of the corporate bureaucracy.

COVID-19 brought to unionized workplaces “a lock step regurgitation of the ‘science,’ a lack of public discourse lead by union leaders on the rights of bodily autonomy, a blatant partnering with governmental and corporate initiatives effectively converting the worker into a slave by removing the last vestige of choice for the ‘privilege’ of earning a wage so they can pay both dues and taxes,” Anderson writes.

Like Erin O’Toole, Jason Kenney paid for his reluctance to oppose Justin Trudeau with his job, and good on Albertans for kicking him out. Ontario Conservatives, however, seem to be copacetic with a leader who proudly “stands shoulder to shoulder” with Trudeau. For the entire duration of COVID, Ford has been so far up Trudeau’s rectum, he can see Jagmeet Singh.

Quebec, traditionally quivering with hair-trigger readiness to oppose anything from Canada’s federal government, actually outdid it in lockdown mania. Maybe COVID was all we ever needed to create Canadian unity.

“It is pathetic how easy it was to cow the entire western intellectual class into silence about the worst suspension of civil liberties since the Second World War using a handful of propaganda slogans and a banal censorship campaign across elite institutions and media platforms,” notes attorney Michael P. Senger.

Why weren’t hoards of LAWYERS out there waving picket signs on Parliament Hill? By definition, they are insightful and articulate and supposedly dedicated to the Rule of Law. Where were all the highly educated law society members while the very laws that define Canada were under siege?

Lawyers would have created pithier and less vulgar signage than the “Fuck Trudeau” banner Truckers offered. They would have offered more persuasive, rational and cogent sound bites to media.

There were no roving bands of constitutional lawyers on Parliament Hill during COVID. We had to settle for Truckers.

(Individual lawyers like Keith Wilson and Rocco Galati have been stand-outs; groups like the Canadian Civil Liberties Association and the Canadian Constitution Foundation were superstars at the Public Order Emergencies Commission. But they represent the tiniest possible fraction of working lawyers, and none of the legal professional associations in Canada.)

Most doctors and nurses get a bye on protesting mandates, because during COVID they were absorbed in the business of treating patients and saving lives. I do know nurses and a doctor who offered dissent in their workplaces. They all got fired.

The bizarre behaviour of the Colleges of Physicians and Surgeons in forcing adherence to the unscientific government line with the threat of pulling doctors’ licenses is unprecedented, previously unimaginable. (Here, honourable mention has to go to the College of Psychology for threatening to pull the license of Dr. Jordon Peterson for being….Dr. Jordon Peterson. While this is not a COVID related issue, it certainly serves as warning to doctors in any field that “humiliation and public mockery” await all who dare disagree with their betters.)

In a perfect world, conscientious medical professionals including doctors and nurses could have objected to vaccine mandates publicly, at work or on Parliament Hill. Their important opinions would have made such a profound impact on elected representatives that an Emergency Debate on vaccine mandates would have been called. Actual Opposition members would have turned up to offer intelligent criticism of the government of day, and an acceptable compromise solution would have been hammered out to the benefit of all citizens.

Unfortunately, none of that happened. Canada got the Truckers’ Freedom Convoy instead.

No one was harmed more by COVID mandates than students; no one saw more clearly the harms being done by lockdowns than teachers. Personally, I heard repeatedly from teachers and education bureaucrats that online learning fails the weakest students most, and that the kids were not doing well with hybrid learning.

And yet, never did any teachers’ group or teacher’s union organize a protest on Parliament Hill. This is even more confounding when you consider how well-funded and well-organized teachers’ unions are, and how willing they are to protest, picket and strike for better conditions in their own employment.

Teachers worried about students did not protest COVID mandates. Truckers did.

Universities and the Academics they employ

“We need universities to be robust centers of debate, not rigid enforcers of ideological conformity,” Scott Atlas recently wrote in the Wall Street Journal in an article entitled “When Will Academia Account for Its Covid Failures?”

Let’s just assume the short answer to that is “never.”

I was working at NSERC, Canada’s Natural Sciences and Engineering Research Council, when Stephen Harper was Prime Minister.

One notable day, NSERC-supported scientists dismayed about funding levels (funding had not been cut, but because it had not been increased it qualified as “underfunding”) staged a dramatic protest. White-coated scientists carried a coffin through the streets of Ottawa, mourning “the death of science in Canada.”

None of these funded folks turned out to protest the wildly unscientific measures underpinning the COVID lockdowns or the mandating of an experimental vaccine. They didn’t even protest to get more funding to study the science behind COVID, which seems in retrospect like a lost opportunity.

God bless the notable exceptions like Dr. Byram Bridle and Dr. Paul Alexander, who have steadfastly refused to abandon their scientific principles. They found their kindred spirits, not in the science community, but in the Truckers’ protest.

This group may not fit into the categories of “professional” or “organized.” However, a great many citizens knew lockdowns and mandates were complete baloney, and yet said nothing. They went along to get along.

For every Trucker protesting, there were countless Canadians who were just as sick of the mandates and silently grateful that the Truckers were taking a stand. Fortunately, lots of them donated cash and food; some of them made it to Ottawa.

The truth remains that none of these millions of Canadians managed to organize a protest approaching the magnitude of what the Truckers Freedom Convoy was able to do.

To recap: it could have been public health officers, doctors, nurses or labour unions.

It might have been lawyers, or scientists, or teachers.

Without question, first and foremost, it should have been Opposition Leaders and other politicians.

But nobody spoke up; nobody took a stand. The highly educated, articulate elite left it to the Truckers to protest mandates based not on science, but on politics.

It was dirty job, but somebody had to do it.

Do you agree or disagree with this assessment? Are you a member of one of these groups? Send your thoughts in an email to roadwarriornews@rogers.com and we will publish replies. 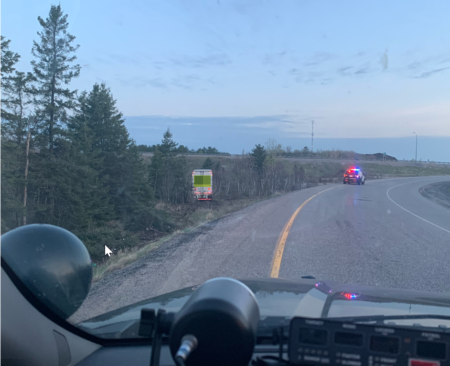 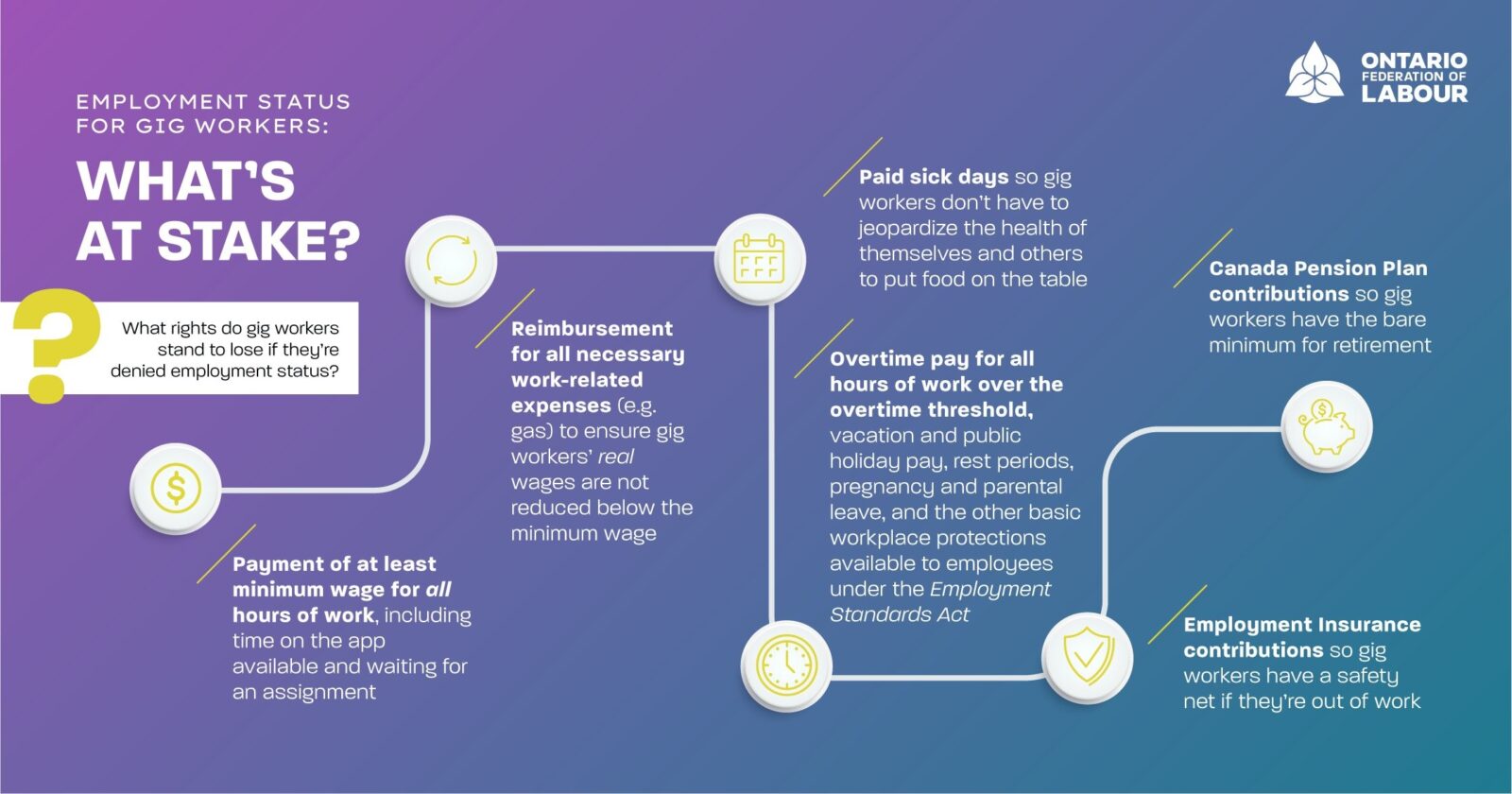 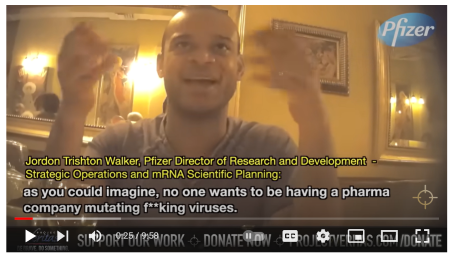