Ontario Minister Vic Fedeli poses with Uber executives on Day #4 of the Ottawa case which waited five years to get to court after certification in 2018. Photo: Twitter

Ontario’s Economic Development Minister Vic Fedeli posed for a photo with Uber executives which he tweeted on January 10th. A court case focused on Uber’s entry to Ottawa in 2014 is currently underway.

“Wonderful touching base with Uber today while in San Francisco,” wrote Fedeli. “Uber has 500 employees in Canada, most of whom are located in Ontario. We appreciated the opportunity to learn more about their mobility platform and discuss how they’re transforming transportation in our province.”

Meanwhile, Metro Taxi vs Ottawa is proceeding.  Metro Taxi president Marc Andre Way and others filed the lawsuit which was certified in 2018; seven weeks have been scheduled for the suit. Members of Ottawa’s taxi industry launched the $215 million class-action lawsuit in April 2016, alleging the city did not protect drivers and the industry when Uber and other private transportation companies arrived in the capital. The suit also claims the City discriminated against minority taxi plate holders by failing to enforce its own bylaw and changing the bylaw to allow Uber to operate.

On January 10th, complainant Marc Andre Way testified that between 2014 and 2016, Uber operated in Ottawa essentially as a bandit cab service, illegal and uninsured. He maintains that Ottawa’s by-law department did not enforce its own laws on Uber.

Taxi News has contacted Minister Fedeli’s Communications Advisors to ask about concerns that, with the carefully staged and tweeted photo, Fedeli is essentially making a comment on as case before the courts. No response has been received at time of this posting.

Readers on Twitter, however, wasted no time in commenting on Fedeli’s photo with Uber executives; to date, 100 per cent of responses have been negative.

“Politicians have been Ubered by their lobbyists. If this clown has a clue, he would be questioning Uber’s insurance program and how every Ontarian is paying for it through their own private insurance.”

“Victor,” wrote RideFairTO, “Uber relies on the misclassification of workers, avoids taxes, pays below minimum wage, continues to be unprofitable, is highly inefficient in the use of workers’ time and resources. Uber Files have shown how they manipulate government regulators.”

Says Alan Gorman, “They’re driving taxi drivers (many first generation immigrants) into the poor house and should be run out of Canada.”

“Here’s a tip for 2023,” wrote Billy. “The people aren’t fans of Uber and Tesla anymore. The Uber honeymoon with the citizens faded in 2018 or 2019. Why are you now magically excited?  Hmm…Ford Nation, what’s your take?”

“Politicians have been Ubered by their lobbyists. If this clown has a clue, he would be questioning Uber’s insurance program and how every Ontarian is paying for it through their own private insurance,” wrote George Climo.

In July, 2022, the Uber Files were released by the International Consortium on Independent Journalists, which reported that “Uber’s scandals and missteps in the United States, from its spying on government officials to its leaks of executive misconduct, have been the subject of books, TV series and newspaper investigations.

“Now, a new leak of records reveal the inside story of how the ride-hailing giant’s executives muscled into new markets, then managed the fallout, spending gobs of cash on a global influence machine deployed to win favors from politicians, regulators and other leaders, who were often eager to lend a hand.”

Mark MacGann, Uber’s chief lobbyist in Europe at the time, described Uber’s approach to entering new markets as a “sh*itstorm,” according to the ICIJ documents.

“’We’re just fucking illegal,’ Nairi Hourdajian, then head of Uber’s global communications, wrote to a colleague amid government efforts to shut down the ride-hailing service in Thailand and India.”

Wonderful touching base with @Uber today while in #SanFrancisco.

Uber has 500 employees in Canada, most of whom are located in Ontario.

We appreciated the opportunity to learn more about their mobility platform & discuss how they’re transforming transportation in our province. pic.twitter.com/ia6lnG3WmU 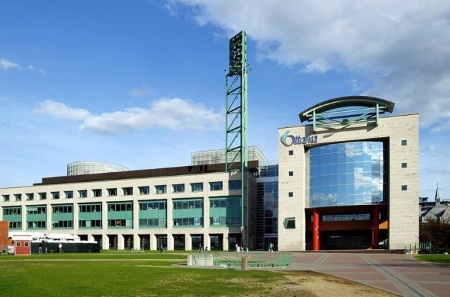