A Taxi Owners and Operators meeting with Toronto Councillor Michael Ford took place videoconference on March 21st, and organizer David Reti is hopeful Ford was receptive to the group’s request for help.

Ford committed to sharing the group’s requests with other Councillors in an effort to establish support for a Motion at City Council, which meets next on April 6th. His office has not responded to Taxi News’ request for comment at post time.

“On the short term, we reiterated our request for relief regarding Taxi renewal fees this year. We are also asking for a 2-year extension for taxi vehicles from 2014, 2015 and 2016, as these cars have been essentially parked for the last 2 years.

“The other request we have is to help us find some way to address the dozens of other issues our industry is facing. There are many, and most are equally urgent. Ideally, we’d like some kind of mechanism where we can bring our concerns up in a meaningful way where someone is listening to us and helping us solve the problems.”

Reti points out that prior to 2016, industry members used to sit on the Taxicab Advisory Committee with municipal staff to have regular discussions on a wide variety of issues which impacted the city and the industry. Now, he points out, there is no body to which they can bring issues including delays in the launch of the driver training program or the aging-out of hundreds of Accessible vehicles in the months ahead.

“As primary stakeholders in our industry, we really don’t understand why Municipal Licensing and Standards (ML&S) has taken such an adversarial approach to our industry and why we have to fight for months or years just to have one or two issues raised in a Council meeting. We can do better,” Reti said in his opening remarks.

“There are dozens of issues like this, many blatantly unfair and discriminatory. Many appear to be explicitly trying to remove the taxi industry from Toronto’s streets. For example, we can’t put cars OR drivers on the road right now due to bureaucratic delays at ML&S. It is taking two months to get a car approved to get back on the road! The original point of regulation was to ensure safe, reliable transportation to all people in Toronto while also allowing operators to make a reasonable living. We have moved far away from that model.”

ATOOL members including Behrouz Khamseh and Peter Mandronis, who developed and circulated the petition presented to Councillor Ford, were also part of the call. The text of the petition read: “Taxi owners, operators and taxi drivers have been adversely affected by the Covid-19 pandemic for a continual span of 2 years. Many taxicabs have been parked over this time frame and their businesses have been without an income, and basically closed. Even though some cabs were able to operate, the income loss resulting from Covid-19 with restrictions, lockdowns, and the overall pandemic have been devastating. Many taxicabs have been parked as the result of the pandemic with taxi plates sitting on the shelf.

“Compassionately, we are asking for relief regarding our renewal fees. We are also asking for a 2 year extension for taxi vehicles from 2014, 2015 and 2016. These cars have been parked for the last 2 years. Thank you to each owner/operator and driver for helping us reach out to The City of Toronto by signing this plea for help.” 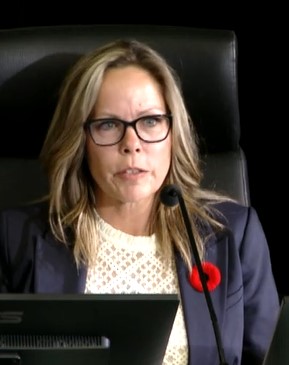 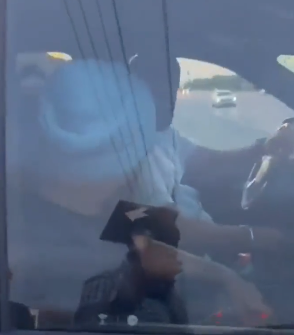 Jagmeet Singh run out of Brampton event: “We’ve got questions! Don’t run away!”