Mere minutes into beginning Don Taylor’s “Stories from the Road: My Years as a Long Haul Trucker,” my jaw literally dropped open in awe; a few moments later, I gasped in shock.

Seconds after that, I was laughing out loud. I’ve laughed a lot reading this book; it’s been a welcome break after the last two years of COVID in Canada.

“This book chronicles my thirty-plus years in the transportation industry.

Starting as a taxi driver during a transit strike, to driving Long Combination Vehicles,

my travels have taken me to all of the lower forty-eight states,

and all Canadian provinces except Newfoundland.

Some of the stories are quite humours, others are quite tragic. All have had a lasting effect on me.​”

–Don Taylor, “Stories from the Road: My Years as a Long Haul Trucker”

Don Taylor spent the first nine years of career driving Taxi in Thunder Bay before he transitioned to Truck driving. His stories from both industries are fast-paced, vivid and memorable. He spent years around the campfire with family and friends, regaling them with Taxi and Trucking stories before they finally convinced him to put the stories in writing, in a book.

“I have thousands of them, really,” Taylor told Road Warrior News shortly after the book’s launch. “I hardly knew where to start. But once I got a rhythm in place, writing every weekend I was home, one story led to another and I would look up to see five or six hours had passed.”

His writing style is clear, plain and a pleasure to read. The book is a collection of anecdotes in more-or-less chronological order, with meanders off into episodes organized by topic. You can read one story in only a few minutes, if your time is limited. However, as I learned, once you become engrossed in the drama of the road and the people, the pages fly by. Published by FriesenPress, readers can order a print copy to be delivered or do what I did: download the e-version immediately, for about one-quarter of the price of print. (The Kindle version is also available on Amazon.)

The pace, the humour, the absorbing detail and trade jargon reminded me of something else I’ve read, but it took me a few more pages to realize who: James Herriott, the beloved veterinarian of the “All Creatures Great and Small” series. Don Taylor reads like the James Herriott of Truck drivers: his affection for the characters with whom he worked, and his love of the land he’s spent decades driving is evident and compelling.

This story, from Taylor’s beginning days as a Taxi driver in Thunder Bay is the one that literally made my jaw drop in shock and is one sure to delight every Taxi driver I have ever known:

“On another occasion, I was sent to a local bar for a fare. The gentleman got in the car, seeming to be fairly sober, and off we went.

I came to a stop sign with a huge snowbank blocking my view. I inched ahead to see around it. Nothing was coming, allowing me to make my turn. Almost immediately, I saw the flashing lights of an Ontario Provincial Police (OPP) car in my mirrors. I pulled over, and the officer said I had failed to stop at the stop sign. I explained that I had stopped. I couldn’t see around the snowbank. Then I inched ahead to see if the road was clear.

He wasn’t impressed. I got a ticket. Well, there goes THAT day’s pay to cover a bogus ticket. All the time my passenger was silent, looking straight ahead. After the police car left, my passenger asked if I was considering fighting the ticket. I said I wasn’t planning to, as it would come down to his (police officer’s) word against mine. There was a snowball’s chance in hell that I’d win. He said that he would be happy to appear in court with me as a witness.

I thanked him, saying ‘with all due respect, I doubt that will help me much.’

He then identified himself as the Chief of Police for the City of Thunder Bay.

My mood improved considerably. I advised the court that I would be contesting the ticket, arriving at the appointed hour. The OPP officer was there. It was clear he had no clue what was about to happen. My case was called, and the officer presented his case. I was then called to present my defense.

When the judge asked if I had anything else, I said yes, I have a witness. When the chief of police walked forward, in full uniform, the look on the OPP officers face was worth a million dollars!

He knew then and there that the case was lost. The judge heard the Chief’s story confirming what I had said. He tossed the charges out of court. The judge then suggested that the OPP officer show a little common sense when presented with a believable excuse.”

Canadians who have to drive in weather will appreciate some of the driving tips – including this one, from “Driving with Mother Nature: On the Road, No Matter the Weather!”

“About five miles west of Laramie, everything went to hell in a hand basket. Dark, low, clouds came in, and the snow started. The snow soon changed over to rain, which is NOT a good sign when the temperature is close to freezing. The conditions that create freezing rain are responsible for quickly turning the road surface into a skating rink. Rule of thumb when driving in these conditions is to keep an eye on your mirror. Trucker’s wisdom is to be followed:

‘If you see spray, then you’re okay;

If there is no spray, you’d better pray’

…meaning if there is spray coming off your tires, the road is just wet. If there’s no spray, then the surface is covered in ice, and you’re on borrowed time.

Another trick, is to run your hand over the leading edge of your outside mirror. If it has ice on it, chances are the bridges are covered in ice as well.”

The wildlife stories are pretty wild, as Taylor has encountered everything from armadillos to grizzly bears, including one moose apparently irritated at Taylor’s choice of parking spots:

“…I was on Highway 17, just east of Marathon, Ontario. On the side of the highway, there is what appears to be an old chair lift, with a parking lot. It’s a great place to park any time of the year, but in the spring, summer and autumn, it’s a total delight.

This spot is at the top of one of the majestic northwestern Ontario hills. The view over Lake Superior is breathtaking. The sounds of the waves rolling in will lull an insomniac to sleep in seconds. Add in the aroma of the natural boreal forest, and it becomes a wonderful place to stop for a few hours, or even the night.

There I was, that night, sound asleep. No engine running, no auxiliary power unit (APU) running, and the vents wide open to catch the Great Lake’s breeze. A lovely warm summer night, with just the crickets and Lake Superior’s waves making nighttime music.

Suddenly, I was jolted awake by the truck rocking from side to side. I lay there wondering what had woken me up. Did I imagine something? Was it a dream? Did someone back into me? Was the wind picking up? Where exactly was I?

As I lay trying to figure out what was going on, the truck rocked again. Okay, not a dream, and I’m not imagining this. Where am I?

The truck rocked again. Okay, definitely NOT imagining this. I got up, put on some clothes, not sure what was outside the truck. I opened the curtains, trying to see what was going on. Total blackness. Pitch black. I turned on the work lights (which shine backwards down the side of the trailer), and lo and behold, there’s a moose, head down, head butting the trailer, trying to push it out of the way. It took him about another five minutes of head-ramming before he gave up, and wandered away.”

However, the moose in Northern Ontario have nothing on the ‘gators in Florida:

“On the dirt road into the farm where they grew the plants, again, nature called.

I remembered the shipper advising against getting out of the truck along the dirt road, because alligators lived in the neighbourhood.

He had bitten into the running board before I had even registered what was happening.

Bathroom break was over right quick.”

(The actual wildlife stories are not to be confused with the “Lot Lizard” stories, or tales of the professionals who populate truck stop parking lots, knocking on doors late at night. There is a separate chapter devoted to that kind of ‘wildlife.’)

The book recounts sad and serious stories too – Taylor’s early days in school were not a lot of fun, and he was actually making a delivery in Manhattan on 9/11, when the twin towers fell.

In some cases, the amount of technical or geographic detail may be more than the reader feels necessary to get the point; personally, I love the jargon and the detail. Those who don’t can easily skim right past to the pithy point of the saga, or on to the next story.

“Stories from the Road: My Years as a Long Haul Trucker” is fun and interesting to read, whether you are out on the open road, or suffering from Canadian cabin fever after two years as a shut-in. 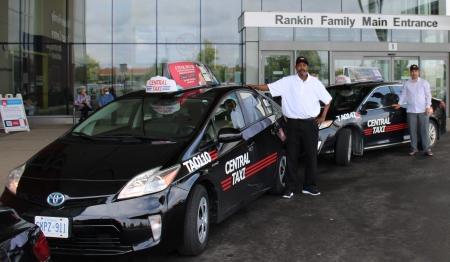 Immigrants are right to wonder if hard work, initiative, investment will pay off in Canada 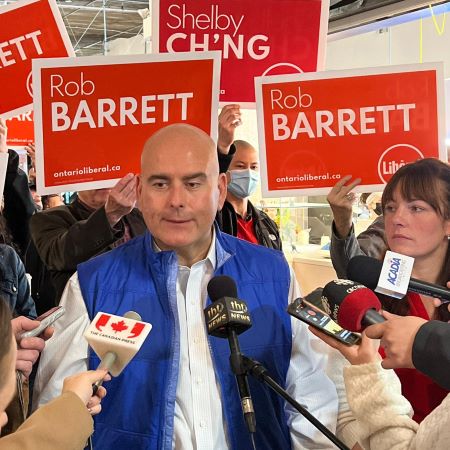