“When the lanes were installed, it certainly did impact my day-to-day driving,” says Taxi driver Jafar Mirsalari. “However, most of these streets are already done; pilot projects have already taken place.”

Mirsalari is skeptical that the issue will receive any actual debate at Council: “I’m pretty sure that you’ve noticed the role of big corporations in Toronto look at the bicycle rental, Uber, Google…they are all paying big bucks to the lobbyists and some of the revenue they generate to the city to play along. I think Council debating this subject is just a formality, to make this legal by voting in favor.”

Summary of the item notes that “the Cycling Network Plan and the associated Near Term Implementation Program (2019-2021), adopted by Council in July 2019 seeks to build on the existing network of cycling routes to connect gaps in the current network, grow the network into new parts of the city, and renew existing parts of the network to improve safety… this report seeks Council authority to install 9.47 lane kilometres of new cycling infrastructure on the following streets proposed in the Cycling Network Near-Term Implementation Plan (2019-2021).”

If adopted by Council, streets affected by the Plan will include:

City of Toronto Media Relations has issued the following:
==========================================
News Release
June 8, 2021
Toronto City Council approves plan to allow cargo e-bikes to continue to support local businesses and make way for a new micromobility pilot
Toronto City Council has approved a plan to update City of Toronto bylaws to allow for the continued use of cargo e-bikes that support businesses in meeting unprecedented demand for local deliveries while also making way for a new micromobility pilot for larger cargo e-bikes.
Considered an emerging form of micromobility, cargo e-bikes are bicycles with additional storage and carrying capacity, as well as an electric motor to assist cyclists pedalling with the additional weight.
Throughout the pandemic, cargo e-bikes have supported businesses in meeting enormous demand for local deliveries, as well as provided a new cycling option for residents and families to get around the city. Cargo e-bikes are popular among businesses and delivery agents because they are viewed as a safe, economically and environmentally sustainable alternative to delivery vehicles, and will play an important role in supporting Toronto’s economic recovery from COVID-19.
In 2020, Toronto was one of the first municipalities in Ontario to approve bylaw amendments to allow for the expanded use of pedal-assisted cargo e-bikes weighing not more than 120 kilograms on streets, bike lanes and cycle tracks in the city. This made it possible for cars and delivery trucks to be replaced by cargo e-bikes when demand for deliveries first increased as a result of the pandemic.
In March 2021, the Province of Ontario introduced a new cargo e-bike regulation and pilot for Ontario municipalities. The provincial pilot requires that municipalities choose to opt-in and change their bylaws to allow for use of any cargo e-bike weighing over 55 kilograms on public streets including bike lanes and cycle tracks.
As part of the provincial pilot, the City has an opportunity to potentially allow for larger cargo e-bikes weighing more than120 kilograms to be piloted. A pilot project with larger cargo e-bikes would allow the City to evaluate use and impacts of such e-bikes in Toronto.
The Regulatory Clarity for Cargo E-Bikes report is available online:  http://app.toronto.ca/tmmis/viewAgendaItemHistory.do?item=2021.IE22.15.
The provincial O. Reg 141/21 Pilot Project – Cargo Power-Assisted Bicycles is also available online:
https://www.ontario.ca/laws/regulation/210141.
“More people than ever are shopping locally online and relying on quick and efficient delivery services to get their purchases in a timely fashion. Cargo e-bikes represent a great opportunity for local businesses to meet that demand in a way that is environmentally responsible and helps reduce traffic congestion.”
– Mayor John Tory
“Continuing to allow cargo e-bikes on Toronto’s streets and cycling infrastructure can help reduce transportation-related greenhouse gas emissions and air pollutants, reduce traffic congestion, and enhance how goods are moved throughout the city.”
– Councillor Jennifer McKelvie (Scarborough-Rouge Park), Chair of the Infrastructure and Environment Committee
Toronto is home to more than 2.9 million people whose diversity and experiences make this great city Canada’s leading economic engine and one of the world’s most diverse and livable cities. As the fourth largest city in North America, Toronto is a global leader in technology, finance, film, music, culture and innovation, and consistently places at the top of international rankings due to investments championed by its government, residents and businesses. For more information visit http://www.toronto.ca or follow us on Twitter at http://www.twitter.com/CityofToronto, on Instagram at http://www.instagram.com/cityofto or on Facebook at http://www.facebook.com/cityofto.
– 30 – 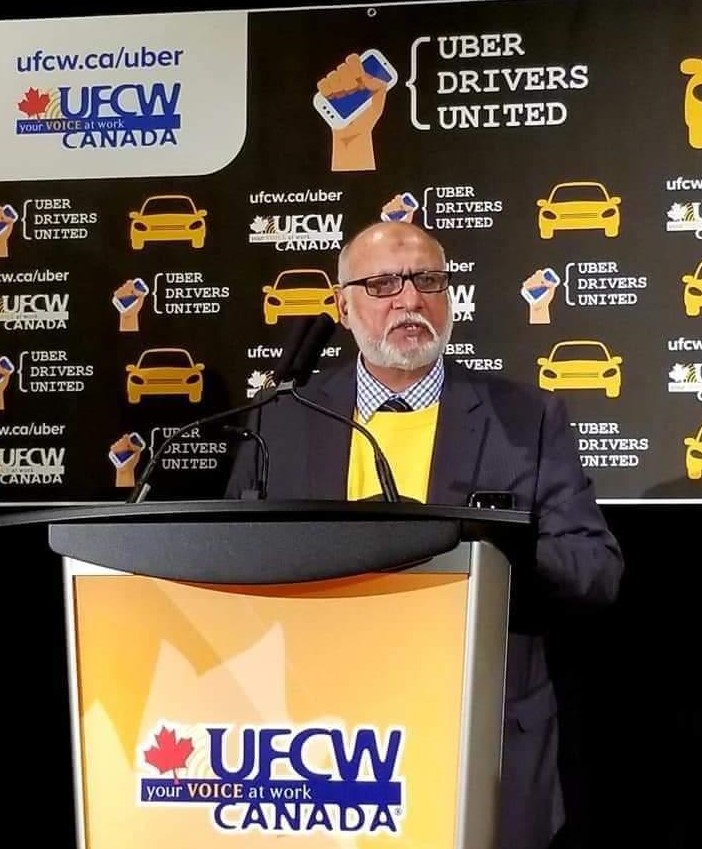 Ontario’s MELT curriculum for new truckers does not use the word “winter” anywhere, even once 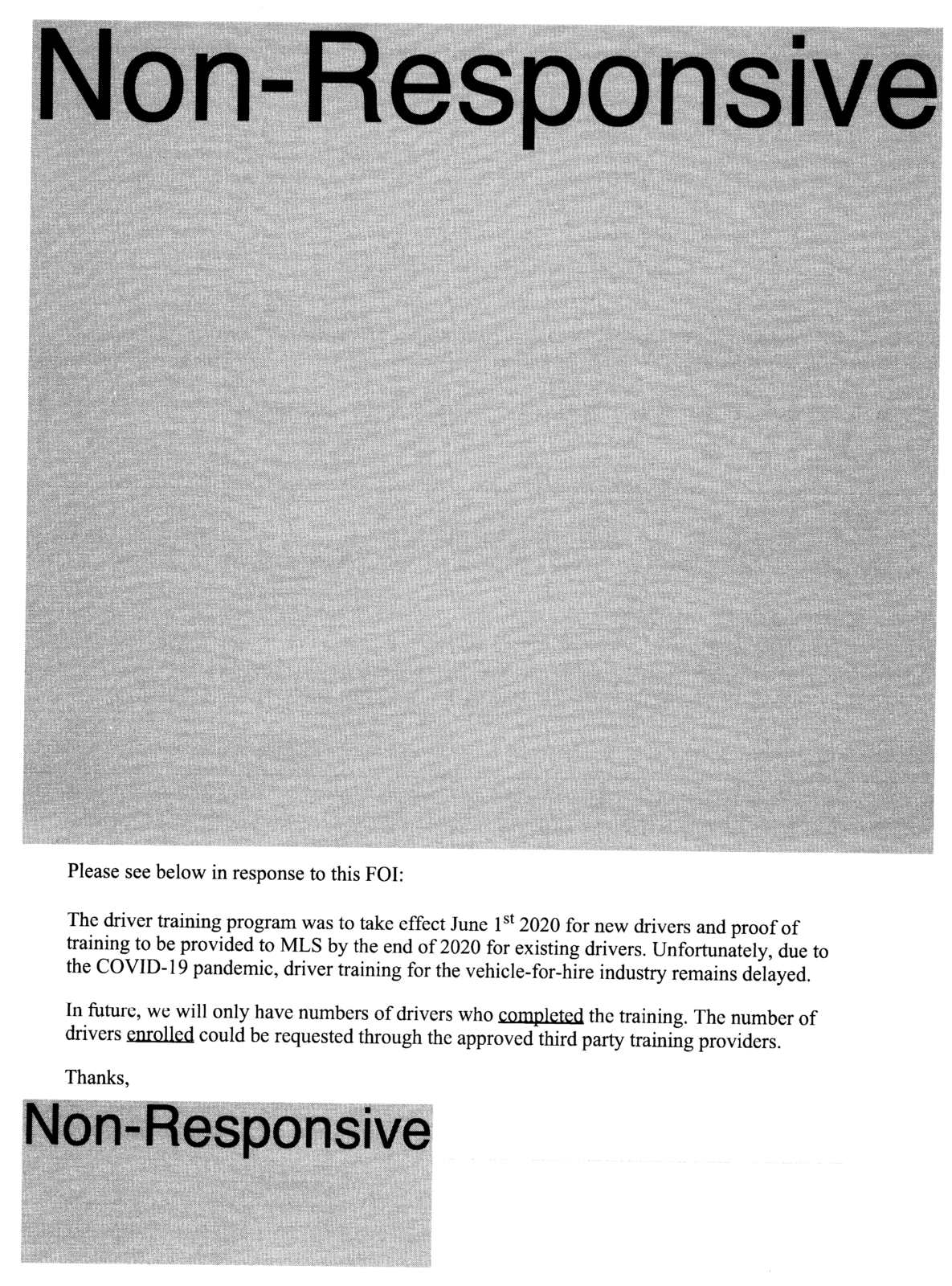