The “Supply Chain Crisis” – what on Earth is going on?

If you are confused, you are not alone. Mainstream and trade media have been reporting that cargo ships off the coast of California and New York are backed up for days or weeks, that merchandise on the ships will not be unloaded and distributed in time for Christmas, and that the problem is being exacerbated by the lack of truckers available to move the goods when the longshoremen finally get them offloaded.

I’ve gone looking for information. I found lots of ideas and opinions, some of which conflict with each other.

Perhaps, it is a “Perfect Storm:” that rare but devastating nightmare situation which results from a tragic confluence of events both predictable and unpredictable.

Or, perhaps the Supply Chain crisis is in fact due to one, massive unfortunate decision that escaped notice long enough to bring the rest of the system crashing down with it: for example, California’s decision to enforce stringent restrictions on the age of trucks allowed to pick up at its ports.

There is still, as noted by Felix Shuster in Road Warrior News on August 15th, the chance that this crisis has been manufactured in two steps: “All they have to do is stop the trucks at the border, and have media show images of empty shelves,” Soviet immigrant Shuster described how shortages were manufactured in the Soviet Union.

Here are just some of the factors being listed as the possible cause of the Supply Chain crisis, singly or in conjunction with other elements:

A Los Angeles port worker who has worked in the Port for almost 20 years and who asked to remain anonymous provided an extensive interview on the Stew Peters Show on October 11. He stated flatly that the entire crisis is manufactured and that there is no shortage of Port workers or truck drivers. He does agree there could be a shortage of chassis because, he says, artificial intelligence programs were inaccurate in predicting exactly what goods consumers would want during the pandemic, and those unwanted containers full of goods are sitting on chassis, in warehouses and yards.

On October 15th,  RWN’s Los Angeles contact sent this video titled “Longshoreman in Long beach Proves Ships Are Not Being Allowed To dock And Be Unloaded” from Rense News.

Our contact is an Uber driver who is frequently in the Port area and often picks up Port workers.

“Locally, we have no shortages,” he told me on October 14th. “There is nothing missing from store shelves; the stores are fully stocked. I am paying $3.99 per gallon for gasoline. Some places are above $5 per gallon, but I know where to fill up and I have had no problems.”

Over the weekend, social media posts began appearing claiming that states with Blue/Democrat governments mandating COVID-19 vaccines for workers were seriously diminishing the efforts of the port authorities to get ships docked, unloaded and moved out in a timely fashion. Now, there are claims that some shipping companies are now planning to travel through the Panama Canal to Red/Republican states like Texas and Florida, which are perceived as not hampering business.

“It’s a seven day trip through the Panama Canal to come to Florida. We are not as congested. We have the labour to unload the ships,” Rubin says. “Are there trucking issues? Yes. The good news is our governor has invested in the capacity of our ports, and how to move that product.”

“Do you want to spend seven days travelling through the canal, or sitting of the coast for three or four weeks?”

“With more than 60 cargo ships moored off the coast of California, unable to unload thousands of shipping containers filled with products that Americans use or consume daily, the Florida Ports Council is answering the global supply chain crisis by encouraging ships to unlock the logjam by calling on Florida seaports,” the website reads.

Some professionals are skeptical that Florida or Texas are viable options:

“There are approximately 70 container ships at anchor between Los Angeles and Long Beach California, and the container yards are full because of a lack of trucks to haul them off,” says an Ontario dispatcher, citing a Chief Engineer on a ship from the Philippines as his information source. “And the container ships keep coming, with no where to go but to anchorage to wait for their turn at the dock. 40 per cent of container imports to the US are from these two ports. Sending the overflow to other yards like Portland or Seattle is cost prohibitive. A reroute to Texas from California would be in the order of at least a half a million dollars, and these ships would still all have to dock to fuel for the trip.”

Further, he adds, “Holding a ship at anchor is cheap by comparison. And at anchor, it gives engineering crews time to do major maintenance while they wait, so it’s not ‘terrible’ for the owners of the ships as much as it is the shipping lines that lease and crew the vessels. It’s hundreds of thousands of dollars alone just for passage through the Panama Canal in passage fees.”

I will not be making any kind of a summary statement on what, if any, of this information is credible or accurate. From a communications point of view, however, I feel pretty confident in saying that when you see this many widely divergent opinions and media narratives on a topic, there is likely to be absolute chaos behind the scenes.

What do you think this winter will bring? 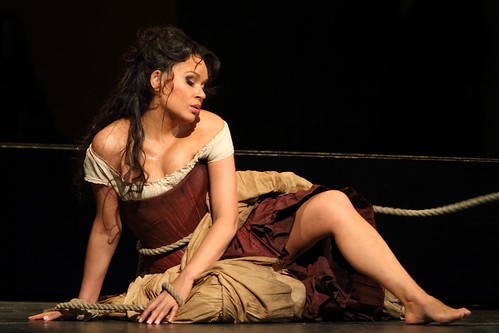 What’s happening at the US border on January 22nd? It may be dramatic 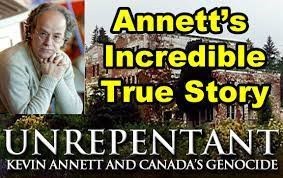