The Public Order Emergency Commission (POEC) has written to Road Warrior News (RWN), stating that it will post a note on its website to inform viewers that some footage of the Commission hearing has been removed. At time of this posting, no such note or information has been posted to the POEC website.

On November 9th, Commission lawyer Gabriel Poliquin collapsed and fell to the floor while questioning a witness. By the morning of November 10th, footage of this occurrence had been edited out of the Commission video footage with no explanation as to why it was removed.

“No further comment will be provided on this matter.”

RWN contacted the Commission and asked what policies and guidelines are in place regarding the removal of footage from the official record.

“Out of respect for Mr. Poliquin, the archived video from yesterday’s hearing does not include the moment when he collapsed. No evidence was deleted. The Commissioner provided an update on Mr. Poliquin this morning,” Michael Tansey, Senior Communications Advisor to the Public Order Emergency Commission wrote RWN in an email.

RWN questioned the idea that the collapse was not evidence, given that one of the stated reasons many Truckers did not wish to receive the experimental COVID vaccine was that it might have health impacts they could not predict before getting behind the wheel of their vehicles. While no explanation has yet been given for Poliquin’s collapse, RWN believes the footage should not have been removed from the record. 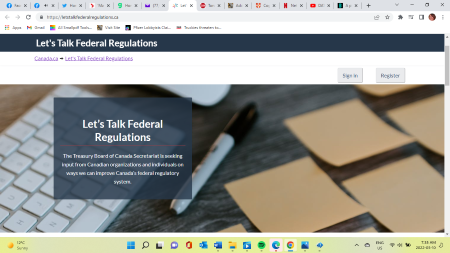 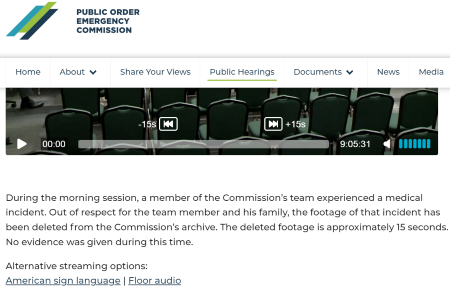