The quality of training approved by Toronto became the subject of considerable media coverage in 2022. Image: Toronto Star

Beck Taxi issued the press release below on December 1st, 2022:

In a last-ditch effort to hold the City of Toronto accountable for the safety of all road users, Beck Taxi is taking the municipal government to court.

The application maintains that the City has failed in its mandate to create and implement regulations that protect public safety by allowing thousands of untrained commercial drivers to fill our streets. Prior to 2016, taxicab drivers were required to receive extensive training as a condition to drive. The training covered safe driving, the Human Rights Code, the Accessibility for Ontarians with Disabilities Act (AODA), geography, driver safety, and customer service.

“In 2016, at the recommendation of City staff, Council voted on Mayor Tory’s motion resulting in the elimination of all training requirements, which immediately removed policies to protect the public,” says Kristine Hubbard, Operations Manager at Beck Taxi. The consequences were predictably quick and deadly.

As a result, Council voted that by June 2020, new and renewing licensees must have completed an accredited training program that included in-car and defensive driving components, to be allowed to drive. In October 2021, City Staff had still not set up an accreditation program for this training. Despite this, the City continued to issue and renew licenses in clear violation of the City’s By-law.

After a public outcry, City staff were ordered to pause new licensing until accredited training programs were available. In April 2022, the City began accrediting training programs but only required new drivers to complete the training. The City’s approximately 50,000 existing drivers were not required to complete training as a condition of renewing their licenses until November 2022.

In June 2022, the City accredited an online-only driver training course that could be completed in less than one hour, had no provisions to identify whether the test-taker is the same person seeking the license, contained questions that could be repeated indefinitely until they are answered correctly, and allowed participants to capture and share materials and questions. It also, despite Beck’s many requests, did not require an in-car defensive driving component.

“This program was suspended after it was audited, yet thousands of vehicle-for-hire drivers obtained licenses through this program and the decision was made by the City to allow them to keep those licenses,” says Eric Gillespie, legal counsel for Beck Taxi.

The City has now reinstituted basic driver training with six “accredited” providers, however, this training suffers from most of the same deficiencies and flaws outlined above. Beck has been deeply concerned that the public interest has not been served and public safety has been put at risk by the actions of the City.

Consequently, Beck had worked with Centennial College to design and implement a driver training program that included the foregoing primary training requirements in order to ensure that public safety was protected – an effort that was ignored by the City.

“There are now thousands of drivers on the streets of Toronto who clearly have no training or inadequate training and as a result, Beck also seeks the revocation of these licenses,” says Gillespie. 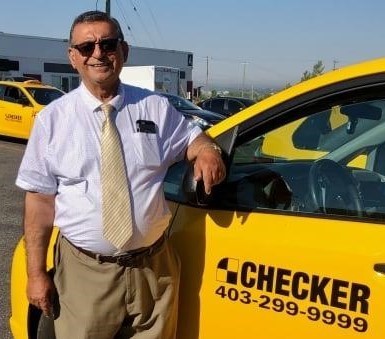 A message to Canada’s Truckers