Mike Murchison found freedom through trucking – in more ways than one.

“I grew up with epilepsy from the age of 7, after I cracked my head open as a kid,” he explains. “I was not able to get my driver’s license until I was 26 years old; I had to be one whole year seizure free before I could get my license.

“From the age of 23, the seizures started to subside when I got on the right medication. I got my Class 1, and I haven’t looked back since. The whole world opened up to me.”

Born in Nova Scotia, Murchison moved with his family to Toronto where he went to school in the Jane-Finch area; he moved to Alberta at age 18, where he “worked at a few jobs I didn’t care for, and dreamed about getting my driver’s license.

“Not being able to drive in Alberta,” he sighs, “is like being horse with no name.”

A guitarist since age 17, Murchison has always brought his guitar with him on the road and notes, “I always wanted to be a trucker, and a musician. And now, I am living that dream.”

Even COVID-19 brought some unexpected positive gifts, as friend and music producer Mike Schell of LMS Entertainment decided last winter to create some music recording projects with musicians who have performed very little, if at all, since COVID began. “I gave him a couple of my songs, and he loved them.”

Schell and LMS formed a record company. Murchison has already recorded and released one single earlier in 2021, “It’s not about me;” “Scars,” being released on May 17th, is his second release and there are several more planned. The video shot to accompany “Scars” will be released shortly.

“They will all be released on the digital platforms: Spotify, iTunes, all of them,” says Murchison, who has accepted the fact that “nobody buys CDs anymore.”

“Here’s what I have learned: we all have seasons, there are seasons for everything – everybody has different seasons. That which we have, that are gifts, that are talents: more often than not, we want them to come out when we’re young and full of energy, but that’s not always what happens.

When he shifts gears from talking about music to talking about trucking, Murchison maintains the same practical attitude: “I have found, that we are our own worst enemies. I can’t control diddly-squat what the guy beside me is doing. All I can control is my business, my truck, my driving, and what I’m gonna do. I cannot control anybody else.

“I can’t fix the insurance companies. I can’t fix the other guy. I have to think before I react. Most of the time when people are blowing hot air and complaining about things they cannot fix, they are just reacting without taking a deep breath and thinking. 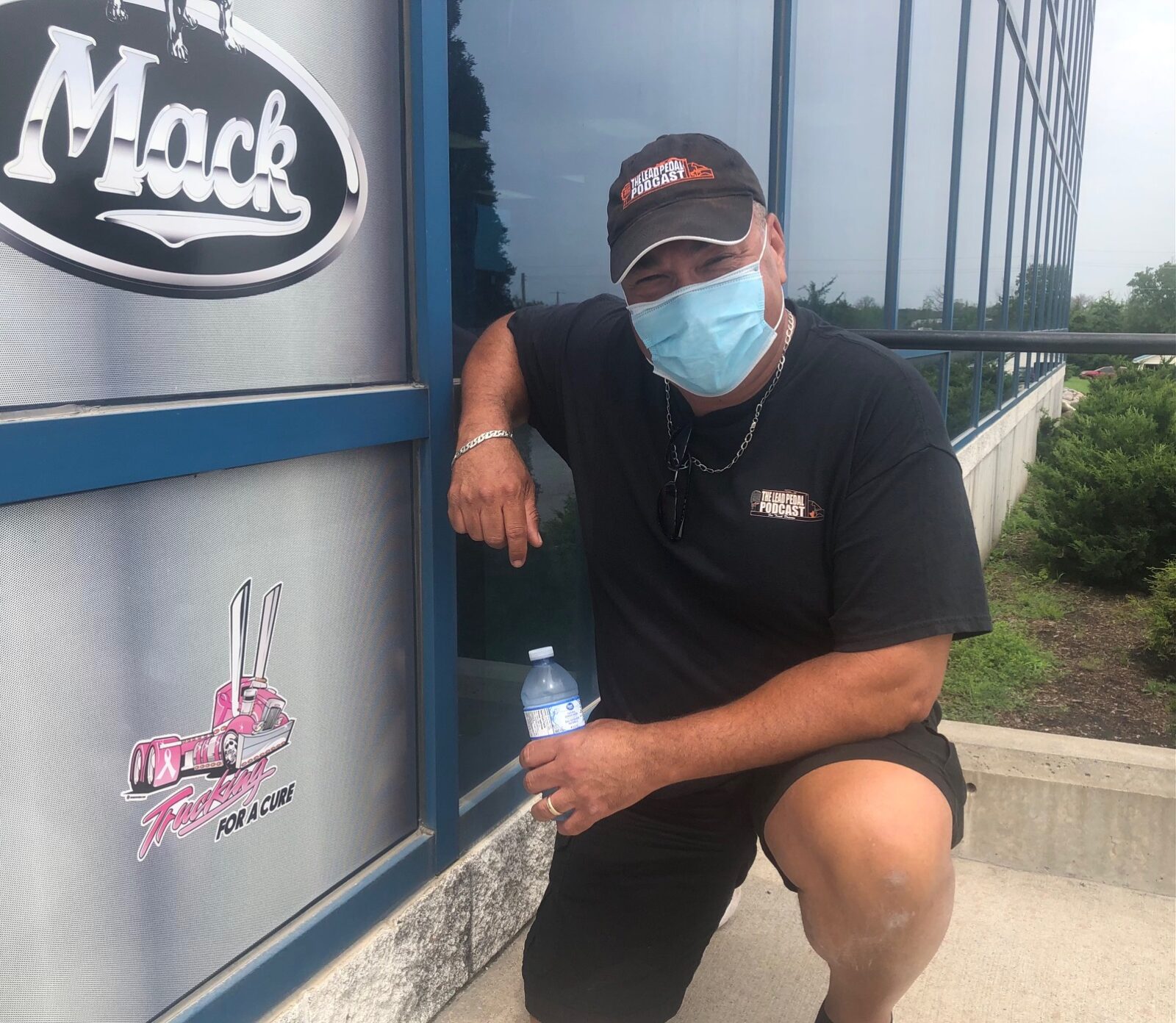 Are we addicted to noise?