Freedom Convoy organizer Tamara Lich provided testimony to the Public Order Emergency Commission (POEC) on November 3rd. Lich, one of the earliest and most involved organizers, was arrested and imprisoned for five months after last winter’s protest. She under very strict bail conditions which forbid her from speaking with many of her friends and fellow Convoy organizers.

When asked about her frustrations and motivations for helping to organize the Convoy, Lich tearfully described the pain and suffering she had personally witnessed as a result of federal and provincial COVID mandates.

“I was seeing families torn apart. The suicides in my hometown were so numerous that they stopped reporting them.

Elderly people were dying by themselves in long term care facilities and saying goodbye over iPads.

My grandma is 94 years old. She was locked in her little apartment by herself for two years. And now that she can go out and do things, she’s not healthy enough, she lost two years of her life.

My father is a very social man. I remember him telling me one day that he went down to the local restaurant that he went to every single day – these are small towns where everybody knows everybody. He was asked to leave.

I didn’t want my children and my grandchildren to live in a world like that.

I was becoming increasingly alarmed, listening to my Prime Minister call me a racist and say that I shouldn’t be tolerated. I found his rhetoric to be incredibly divisive.

I’m a believer that if you’re a leader of a country, you have to lead all of your people, even if you don’t agree with them.

I just saw so much coming across Canada, every day I heard stories, at least three people would tell me they were planning their suicides until we started the convoy.

I have the tears of thousands of Canadians on my shoulder, who every day told me that we were bringing them hope.

I saw little old ladies praying on their knees on the side of the road.

I saw little children holding signs saying ‘Thank you for giving me back my future.’” 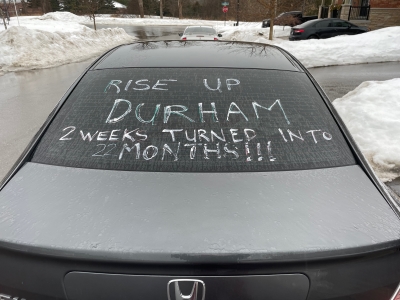 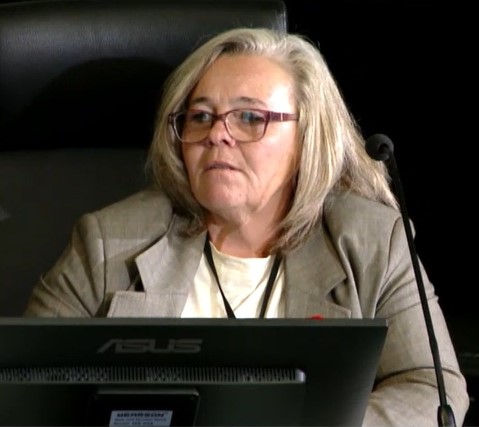 Convoy organizer Brigitte Belton’s mic drop: “Bodily autonomy. It is mine, not my government’s”