Members of the taxi industry note that the regulatory framework Uber drivers  are asking for is essentially the system that existed before Toronto re-wrote its by-law in 2016.

The “UBERSTRIKE” protest is scheduled for 10:30am in the parking lot of Uber Canada’s head office at 1980 Matheson Boulevard East, Unit A. The building has a large parking lot where cars are asked to gather; no streets are expected to be blocked as a result of the protest.

Organizer Muhammad Ejaz Butt says the demands being made by the group, which is supported logistically and financially by the Ontario Federation of Labour and the  Food and Commercial Workers Union, are both reasonable and overdue.

“Uber came first to Toronto’s limousine drivers,” Ejaz explains, “and at the start, we could make $200 a day after exenses. Now, we are lucky to make $100 a day and half of that goes to expenses. If I work an eight hour day, I am lucky to make $50.”

Outlining the group’s demands, Ejaz says that they are not limited to compensation:

Second-generation Toronto taxi operator David Reti points out ruefully: “Amazing. Their current demands formed the basis of the regulatory system that was already in place. Who could have foreseen that we’d come full circle like this? If only someone had said something earlier.”

Ejaz says insurance rates for drivers carrying passengers for compensation is also an important issue for all drivers. 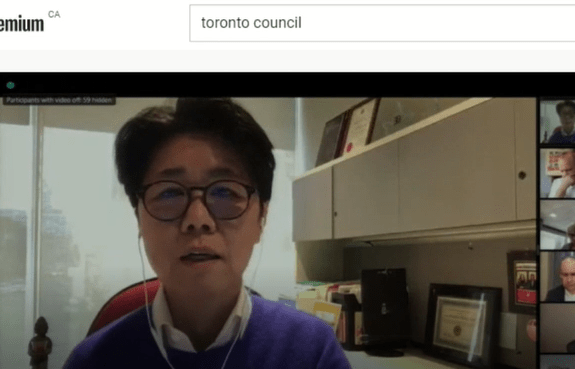