Ontario’s Solicitor General Sylvia Jones tweeted the brief statement above on the evening of April 17th.

In an unprecedented turn of events, Ontario Premier Doug Ford and Solicitor General Sylvia Jones amended the April 16th edict which had announced that police would have the authority to stop any Ontarian and ask them why they were outside of their homes during the current COVID-19 lockdown.

The reversal comes after 39 of 45 Ontario police forces publicly stated that they would not enforce the original order.

“I don’t know who Ford’s office consulted on this decision before they announced it,” said one former Solicitor General staff person, “but it wasn’t the police. I’ve never seen the Police Chiefs come out more quickly, more forcefully, or in a more unified front.”

Although no press conference was organized and no press release was posted to the Ontario government website, Jones tweeted this statement on Saturday, April 17th:

“We have refocused O.Reg 8/21 Enforcement of COVID-19 Measures: If a police officer or other provincial offences offices has reason to suspect that your are participating in an organized public event or social gathering, they may require you to provide information to ensure you are complying with restrictions. Every individual who is required to provide a police officer or other provincial offenses officer with information shall promptly comply.”

The incident, including the April 16th announcement and the April 17th revision of the announcement, ignited a firestorm of negative media coverage and numerous peaceful protests across the province including gatherings in Toronto, Hamilton and Niagara. It also generated international attention, as  the Reuters News Agency covered it:

“Police in cities across Ontario, Canada’s most populous province, on Saturday refused to make random stops greenlighted by the provincial government seeking to impose a stay-at-home order amid a surge in COVID-19 cases. Toronto, the country’s largest city, Ottawa, Hamilton, Windsor and at least 19 other municipal police forces said they would not conduct random vehicle or individual stops though they had been given the power to do so.”

Adrian Wooley of the Peel Region Police Association tweeted: “I believe that these new measures called for by Doug Ford are in direct conflict with our Charter of Rights and Freedoms. Further, they place all of our active frontline members in an untenable position when directed by politicians to enforce these measures.” 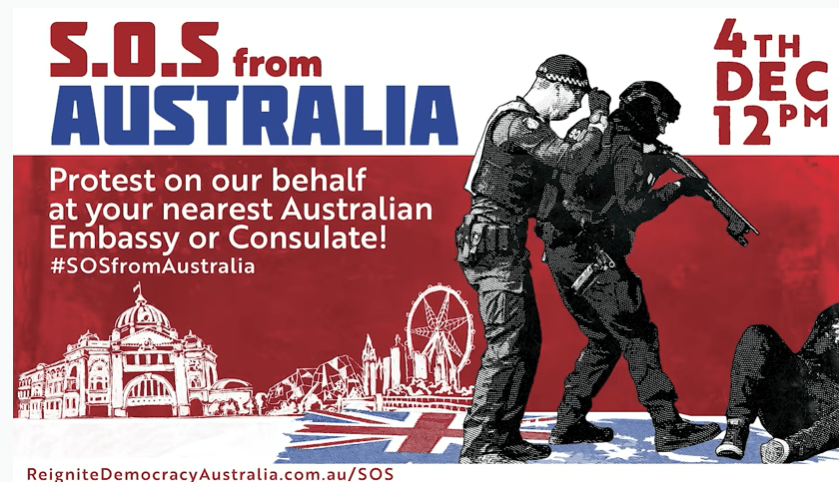