Workers involved in the Purolator lawsuit hope their actions will “inspire and empower others.” Photo: Purolator

A group of Purolator employees have filed a lawsuit against their employer for its actions during COVID-19.

The Statement of Claim was filed in federal court in Edmonton, Alberta, and served on Purolator and its majority owner, the Government of Canada on June 17th. The Claim asserts that Purolator has violated numerous statutes including sections of the Criminal Code; the Labour Code; the Human Rights Code; and the Charter of Rights and Freedoms.

215 individual claimants are part of the suit, which contains almost 20 pages of examples of alleged violations.

Among other things, the Statement accuses Purolator and the Government of Canada of:

“We are hoping that this action will inspire and empower other workers. This is what has happened to our society as a whole: your tax dollars, your resources have been used to coerce you and to beat you down into doing something that you didn’t want to do,” says one of the employees who has requested anonymity.

“We have Theresa Tam and others, Bonnie Henry in British Columbia, spouting these narratives that are precisely parroted by our co-workers to make us feel like we are either stupid, or science deniers, or we don’t care about others, or we’re trying to harm somebody. Workers have been made to feel that they are now in the ‘leper class,’ literally, and must be avoided at all costs.

Prior to serving the June 17th Statement of Claim, the employee group sent Purolator a cease-and-desist letter. Purolator responded in a letter on April 26th, stating, “The claims in your letter are factually inaccurate and have no legal merit. Purolator takes the health and safety of its employees extremely seriously, and its COVID-19 Safer Workplaces Policy was implemented in compliance with all applicable legislation. The reasonableness and validity of said policy has moreover been repeatedly affirmed in litigation.

“The Company will not be amending its COVID-19 Safer Workplaces Policy further to your letter, and will continue to take all necessary steps to ensure the safety of its employees,” wrote Simon-Pierre Paquette, Director, Labour, Employment & Litigation.

In addition to Criminal and Labour Code violations, the lawsuit claims employer actions have violated Canada’s Genetic Non-Discrimination Act of 2017. This Act, controversially passed by Parliament then challenged by the government that passed it, was upheld by Supreme Court decision in 2020. The Act makes it illegal to discriminate against an individual based upon their own genetic information; for example, an insurance company cannot use genetic information to deny an individual life insurance.

In this case, the Statement of Claim asserts that “pursuant to section 3(1) of the Genetic Non-Discrimination Act, 2017, that Purolator Inc. violated clause (b) specifically, by requiring them to undergo PCR testing that sampled RNA genetic material (Covid-19 virus) to continue their employment at Purolator Inc, as per the corporation’s mandatory vaccination practice.”

Update June 28: The document below, #T-1267-22, was filed in Edmonton, Alberta on June 17. The attachment below replaces an earlier, partially redacted version. 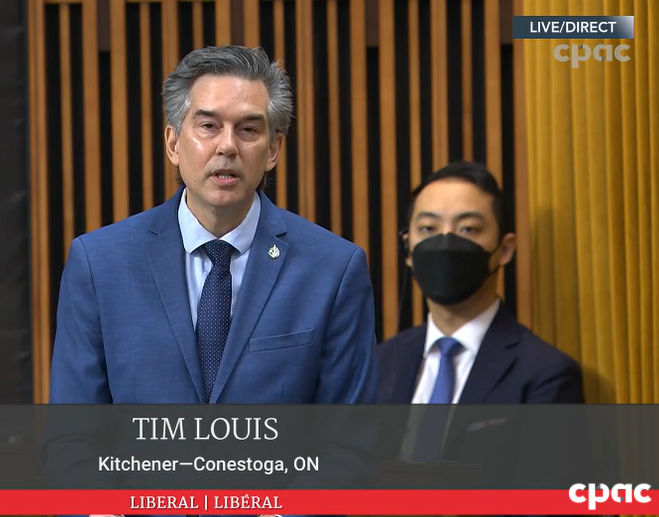 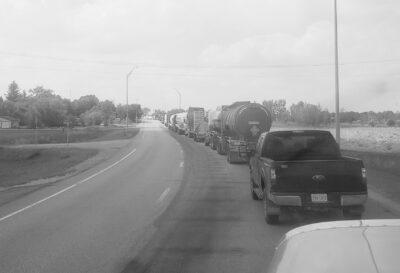 Serious business at the US-Canada border